The time has come for The Pinheads to share with all of us, the gift that is their third album, ‘The Mirror’, alongside further offerings in the form of Album Launch Parties in Sydney & Melbourne.

The South Coast six-piece created ‘The Mirror’ throughout the time period that felt more akin to a ‘Black Mirror’ episode than any reality known before. The 10-track album was written, recorded and mixed during the tumultuous Australian bushfire season in the summer of 19/20 and into the Covid pandemic that quickly followed. The band shares that the album intends to “find light amongst the madness, roving through trial, tribulation and ultimately, salvation.”

‘The Mirror’ takes us on a whirlwind journey of genre exploration, and showcases a maturation of The Pinheads sonic landscape – one that started as raucous, rampage inducing punk, and evolved to a more mellowed out, alt-country tinged style of rock n roll.

It was recorded & mixed by The Pinheads very own Jez Player, at The Pinshed Sound Laboratory in Stanwell Park NSW in 2020, and mastered by Joe Carra (King Gizzard, Amyl & The Sniffers, Courtney Barnett, Pond), at Crystal Mastering.

Alongside the album release, The Pinheads also announced that they’ll be taking their dynamic, explosive live show & new collection of songs to Sydney & Melbourne for a very special series of Album Launch shows. The Pinheads have graced the stages with some of Australia’s best live acts including Amyl & The Sniffers, Skegss and Hockey Dad and performed festival slots at Yours & Owls Festival and SXSW, so with new music in tow, the launch shows are classified as ‘not-to-be-missed’. You can catch The Pinheads in Sydney at The Vanguard on Aug 5, and in Melbourne at The Retreat Hotel on Aug 26. 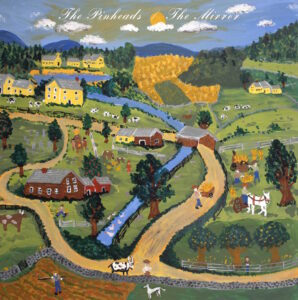